Neighborhood Cats  /  About  /  In the Press

Because of our expertise with feral cats, Neighborhood Cats regularly appears in local and national media. Check out some of the work featuring us: Inside the fight to save the city's cats
Riverdale Press, July 3, 2019

You too can launch a return-to-field program!
AnimalSheltering.org, May 29, 2019

These Awesome Organizations Are Saving Alley Cats and Changing Misconceptions About Them
One Green Planet, October 26, 2017

How to Put TNR Legislation Into Place in Your Community
Catster, October 16, 2017

The Plight of the Feral Cat
Catnip, May 2017 (Cummings School of Veterinary Medicine at Tufts University)

How to help your neighborhood feral felines: tips for keeping neighborhood cats safe
All Animals, July/August 2016

Opie and His Feral Colony Were Saved in a Daring Rescue
Catster.com, November 12, 2015

Neighborhood Cats: Working to Bring TNR to NYC and Beyond
Catster, November 20, 2014 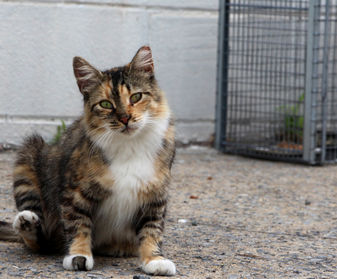