Trap-Neuter-Return, or "TNR," is the most humane and effective method known for managing feral and stray cats and reducing their numbers. The cats, who typically live together in a group called a colony, are trapped and brought to a veterinary clinic. They're then spayed or neutered, vaccinated for rabies where appropriate and eartipped. After they've recovered from their surgeries, the cats are returned back to their original territory where a caretaker provides regular food and shelter. When foster or permanent homes are available, young kittens and friendly adults are removed and placed for adoption. 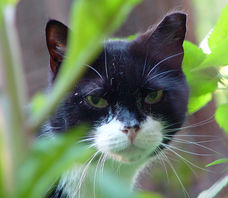 Because the cats can no longer reproduce, the colony has the potential to decline in size over time. Spaying and neutering also greatly reduce nuisance behavior. Once the cats are fixed, fighting, yowling and other noise associated with mating stops almost entirely. The foul odor caused by unaltered males spraying to mark territory disappears and the cats, no longer driven to mate, roam much less and become less visible. The cats themselves are healthier and less likely to spread feline diseases. Meanwhile, rodent control is maintained by the cats' continued presence.

Like all methods, TNR is most effective when performed well. On a colony level, this means achieving and maintaining a sterilization rate as close to 100% as possible and being diligent about the cats' long-term care. On a community level, TNR best reduces cat populations and nuisance complaints when resources, including trappers, spay/neuter surgeries and outreach, are targeted at sections of the community with high cat populations.

Another significant advantage to TNR is that nothing else works. For decades, the normal practice of animal control was to trap and remove cats with the outcome usually being euthanasia. The current overpopulation of free-roaming cats in the U.S. speaks loudly about the failure of that approach. There are many reasons why trying to eradicate cats from the environment doesn't work: there are too many cats and not enough animal control resources, removing one set of cats from a location where food and shelter is available creates a vacuum for a new set of cats to fill, the people who feed and care for the cats resist their capture, and the public is against euthanasia. Other efforts, like feeding bans or laws regulating cat owners, have also failed to make any difference.

Because it is life-affirming and allows people to help animals in need, TNR attracts volunteers, funding and other resources. This is why more and more municipalities and shelters are supporting TNR and developing their own programs. Many communities are seeing dramatic drops in cat intake and euthanasia at their local shelters as a result of TNR and other spay/neuter programs. Parts of the country, like the Northeast and Northwest, are actually importing kittens from other regions due to shortages! Today's reality of millions of unowned cats living on our streets is changing for the better and TNR is a big part of making that happen. To find out how you can be part of this compassionate movement, see The 7 Steps of TNR. 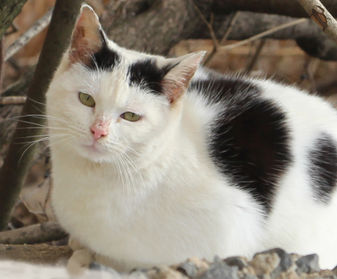 When the weather turns cold, Neighborhood Cats provides winter shelters to colony caretakers at low or no cost. Your gift will make it possible for more community cats and kittens to have a warm place to sleep. Won't you give today? 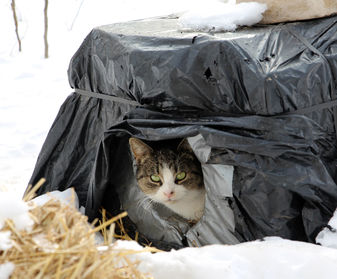 Good winter shelter will keep your cats warm and healthy. And it's easy and cheap! Learn more.